Meet the leaders of Oncopeptides in the United States. 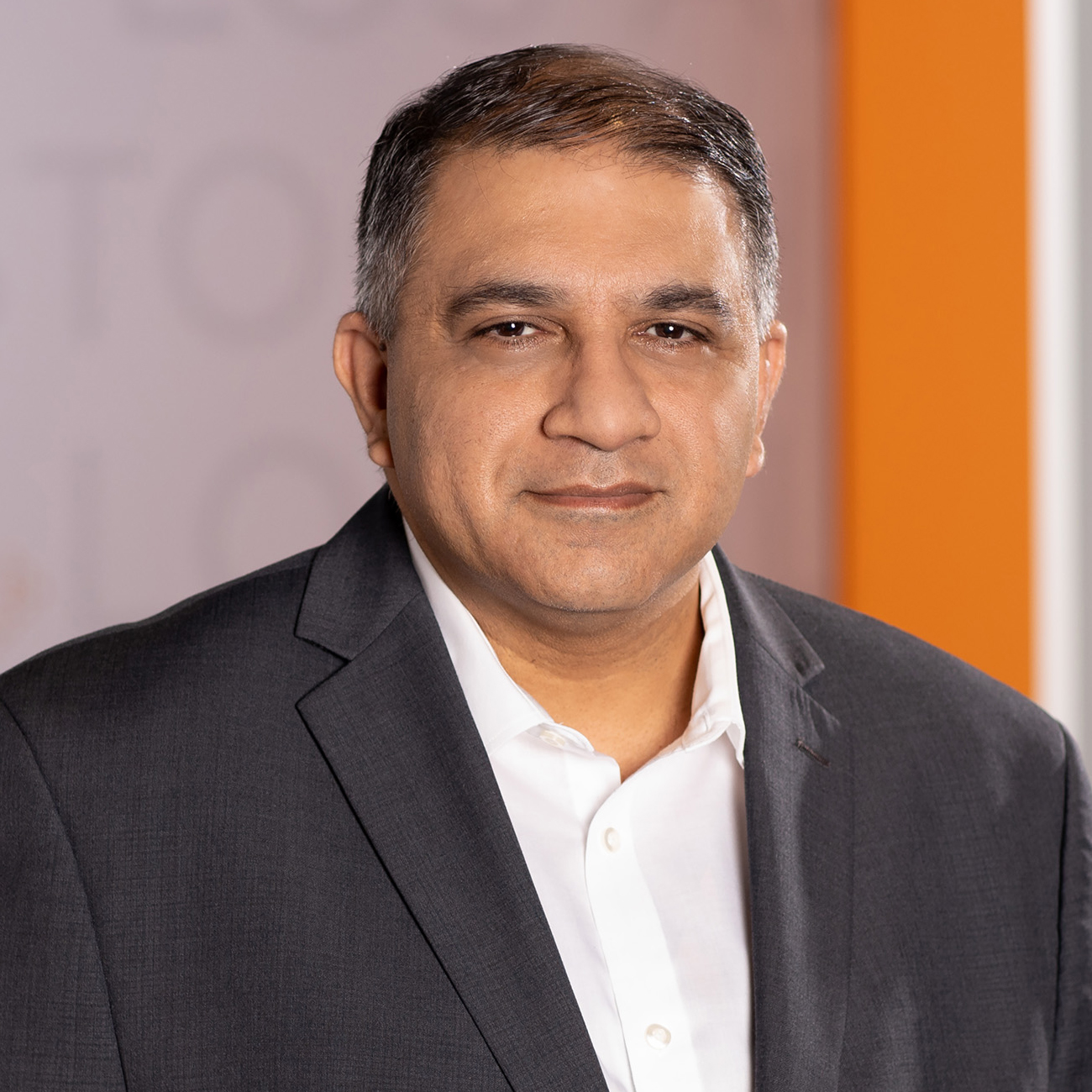 Mohamed Ladha was appointed General Manager of the U.S. Business Unit in September 2020. He leads the day-to-day operations and commercialization of the Oncopeptides Oncology portfolio for the U.S. region. Before Mohamed joined Oncopeptides, he spent over 17 years in the oncology and specialty care fields, including leading sales, marketing, market access, commercial operations and medical affairs at pharmaceutical and biotechnology companies.

Prior to joining Oncopeptides, Mohamed served as VP and Head of Commercial & Medical Affairs at Tocagen, a cancer-selective immuno-gene therapy company. Prior to this he led the U.S. lung cancer franchise portfolio at Takeda Oncology, and oversaw the U.S. and global lung cancer franchise portfolio at ARIAD Pharmaceuticals, today part of Takeda Oncology.

Mohamed also brings extensive commercial leadership and launch experience within oncology from his roles as General Manager of Biosimilars Business at Pfizer/Hospira, Global Brand/Portfolio Lead and Commercial Development at Schering-Plough/Merck. 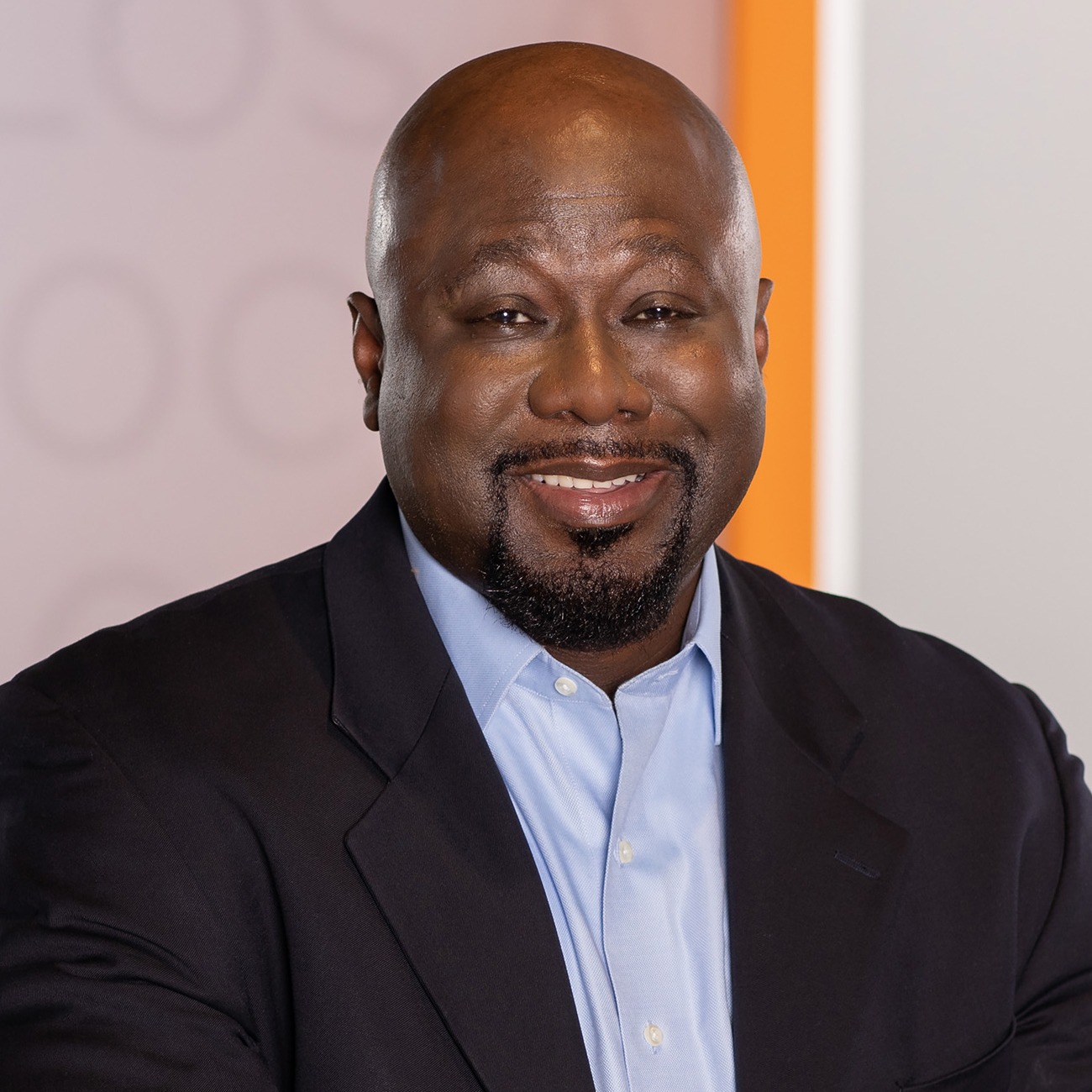 Kwame Boateng was appointed Executive Director, Head of U.S. Finance in May of 2020.

Kwame joined Oncopeptides from Alnylam Pharmaceuticals, Inc., where he served as the Head of Finance Operations. Prior to Alnylam, he was the U.S. controller and business partner of the U.S. Soliris and Strensiq franchises at Alexion. Kwame has also previously worked at Sunovion Pharmaceuticals/DSPA. Kwame began his career at Roche as part of a leadership rotation program where he worked within commercial finance, corporate audit, supply chain, business strategy and commercial areas in various positions of increasing responsibility.

Kwame attained an M.S. in economics from the Albert Ludwig University of Freiburg in Germany. He also holds an M.S. in finance from Boston University and an M.A. in strategic communications and leadership from Seton Hall University. 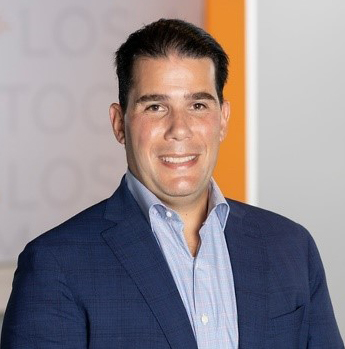 Head of U.S. Sales and Training

Chris Black was appointed Head of U.S. Sales and Training in February of 2020.

Chris brings more than 20 years of pharmaceutical sales and leadership experience to his role across molecular diagnostics, targeted therapies, chemotherapies and hormonal therapies. Prior to joining Oncopeptides, Chris was Director of U.S. Oncology Strategy and Operations for EMD Serono where he helped develop and execute the commercial launch plan for a product in advanced renal cell carcinoma. Additionally, Chris led the development of area and territory alignments, incentive compensation, sales analytics, CRM and sales strategy, and supported in-line and pipeline forecast development. While at EMD Serono, Chris also served as the Area Business Director for the Northest team. Before joining EMD Serono, Chris held senior sales roles at Nanostring Technologies and Pfizer Oncology.

Chris holds a B.A. in political science from the University of Miami. 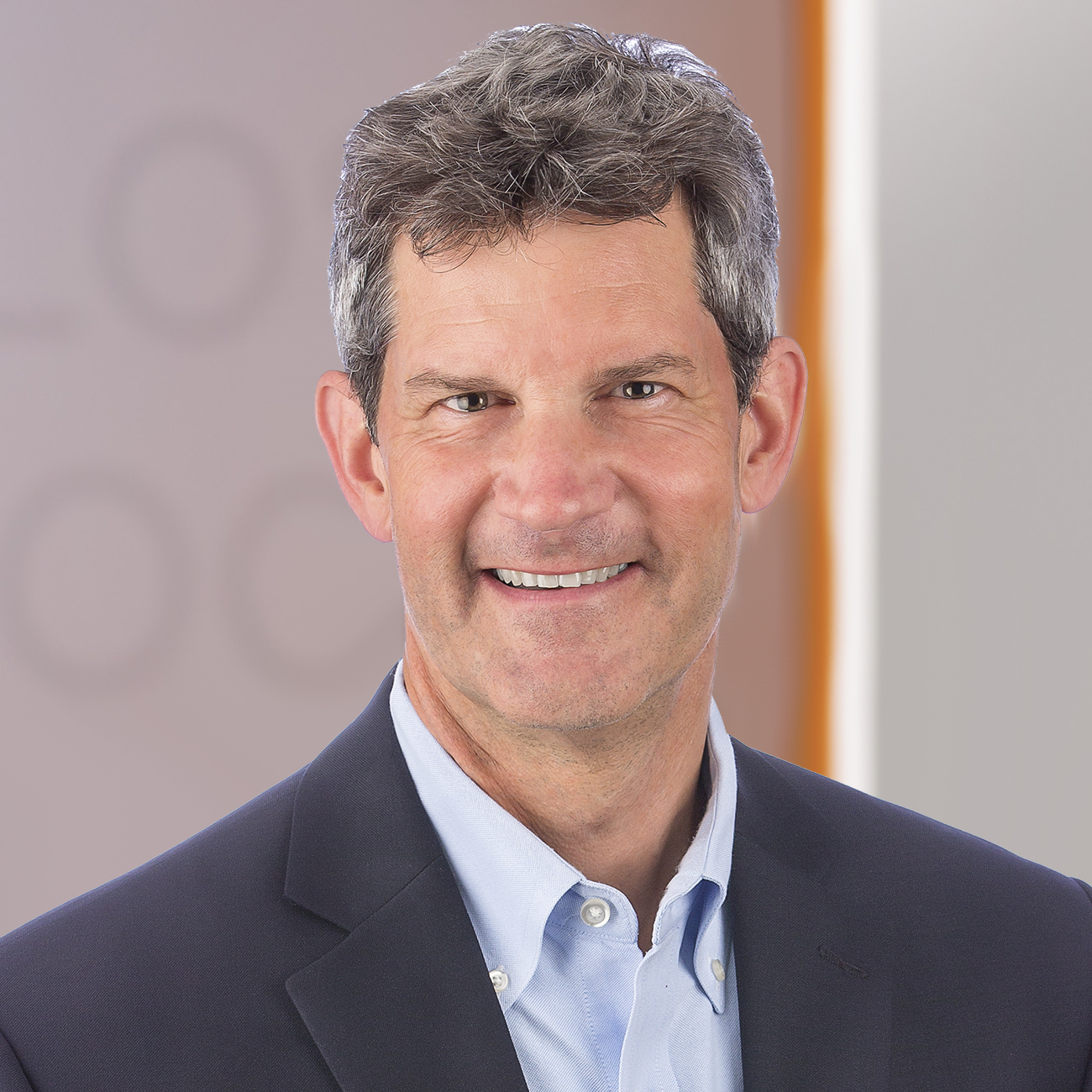 Dan Bollag was appointed Interim Head of Regulatory in 2020.

Dan joined Oncopeptides with over 25 years of R&D and executive regulatory leadership experience. He was most recently Chief Strategy Officer at Ocular Therapeutix, where he oversaw growth of the regulatory affairs and quality teams. Prior to that, he served as Senior Vice President of Regulatory Affairs, Pharmacovigilance & Quality at ARIAD Pharmaceuticals. During his tenure at ARIAD, he managed staff growth and established European operations and departments providing global drug development, registration and commercial product support. Previously, Dan served as Vice President of Regulatory Affairs at Genzyme. Before that, he held leadership positions at Sanofi, Bristol-Myers Squibb and Merck & Co.

Dan earned a B.S. and B.A. in science and French at Pennsylvania State University and a doctorate in Biochemistry at Cornell University. 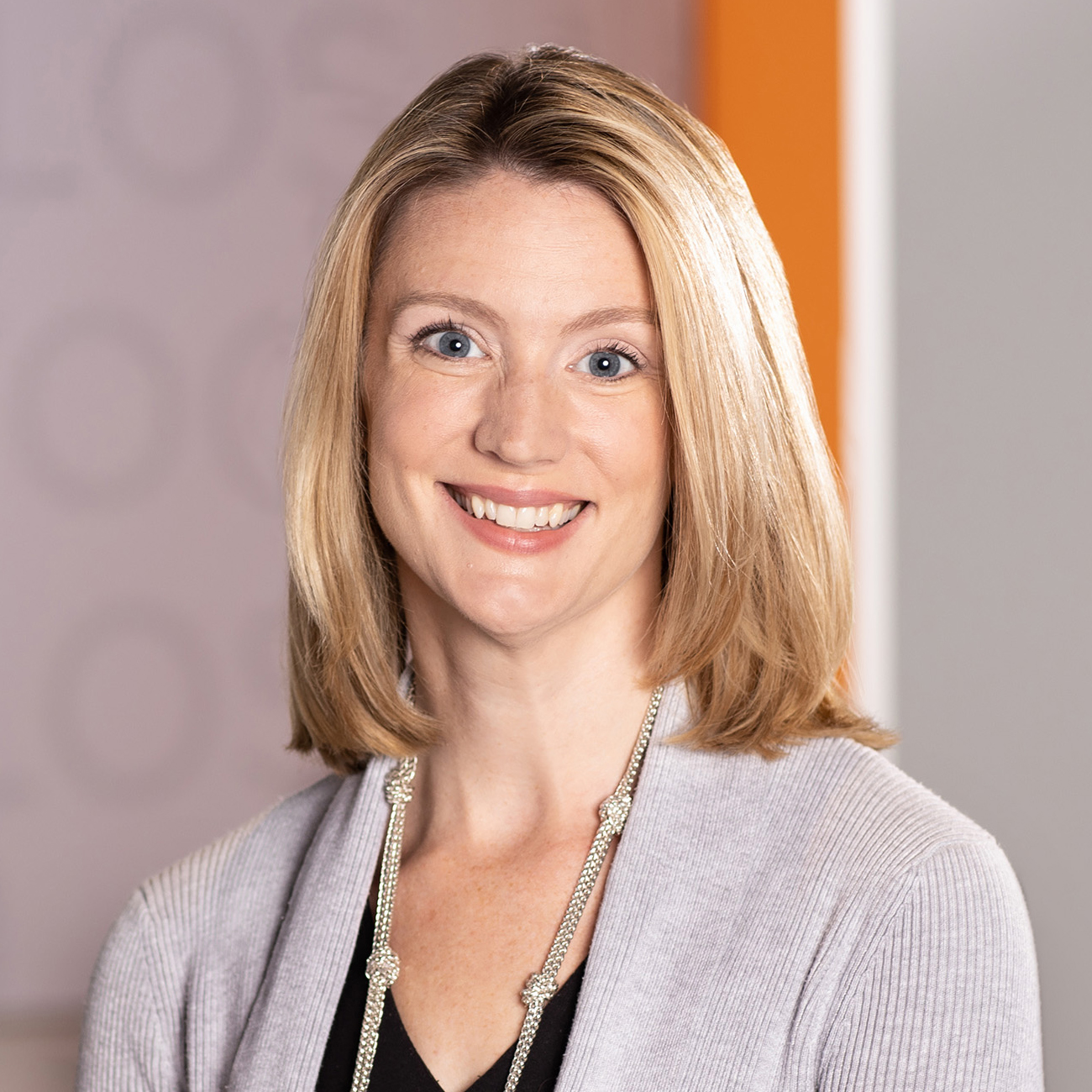 Sarah Connors was appointed Head of U.S. Corporate Communications in July of 2020.

Sarah received a B.A. in English from the College of the Holy Cross and a M.B.A. with a focus in health sector management from Boston University.

Sarah joined Oncopeptides with more than 20 years of commercial experience at established life science companies as well as small biotechs experiencing significant growth. Prior to joining Oncopeptides, Sarah was at Exelixis where she led the build out of the marketing team and subsequent launch of a drug in renal cancer. Prior to Exelixis, Sarah spent most of her career at Boehringer-Ingelheim and Genentech (Roche) where she held roles of increasing responsibility in U.S. and global marketing, business analytics, patient advocacy and sales. In her time at Genentech, Sarah supported multiple oncology product launches for HER2 Positive Breast Cancer.

Sarah holds a B.A. in English literature and art history from Gettysburg College and a M.B.A. from the University of Virginia Darden School of Business. 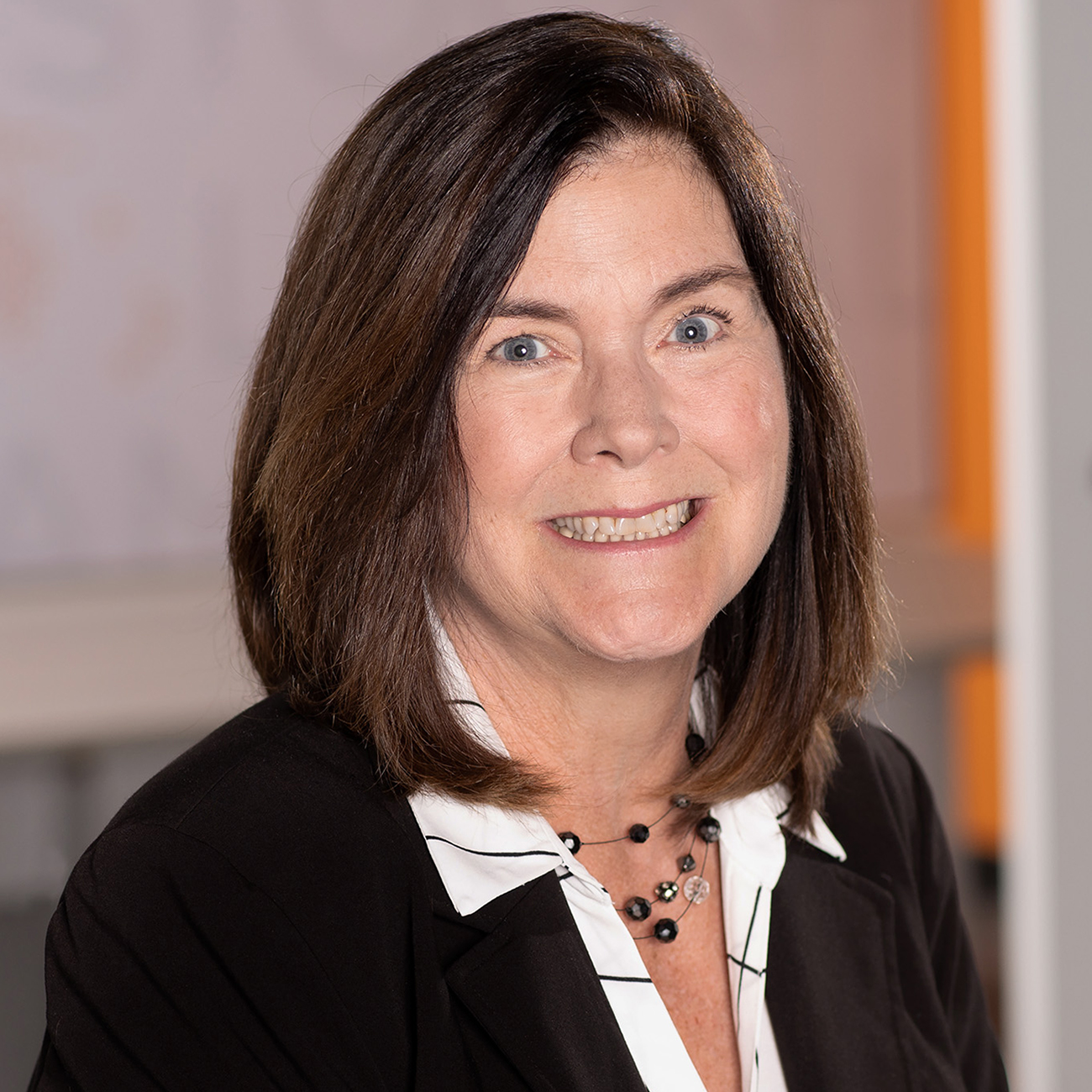 Marj Fackovec was appointed Head of U.S. Human Resources in March of 2020.

Prior to joining Oncopeptides, Marj was with Merck KGaA, first as Senior Manager of the HR Service Center for North America and most recently as a Senior HR Business Partner. While there, she provided leadership in HR policy, compliance and systems enhancement. Marj’s previous positions include serving as the Senior Manager, HRIS and Operations and Senior Consultant at Agero and Fidelity. Marj has supported several companies in building their HR teams, managing the design, implementation and company enablement of HR systems, supporting mergers and acquisitions and driving talent development and leadership.

Marj holds a B.A. in business administration and management from Franklin Pierce University. 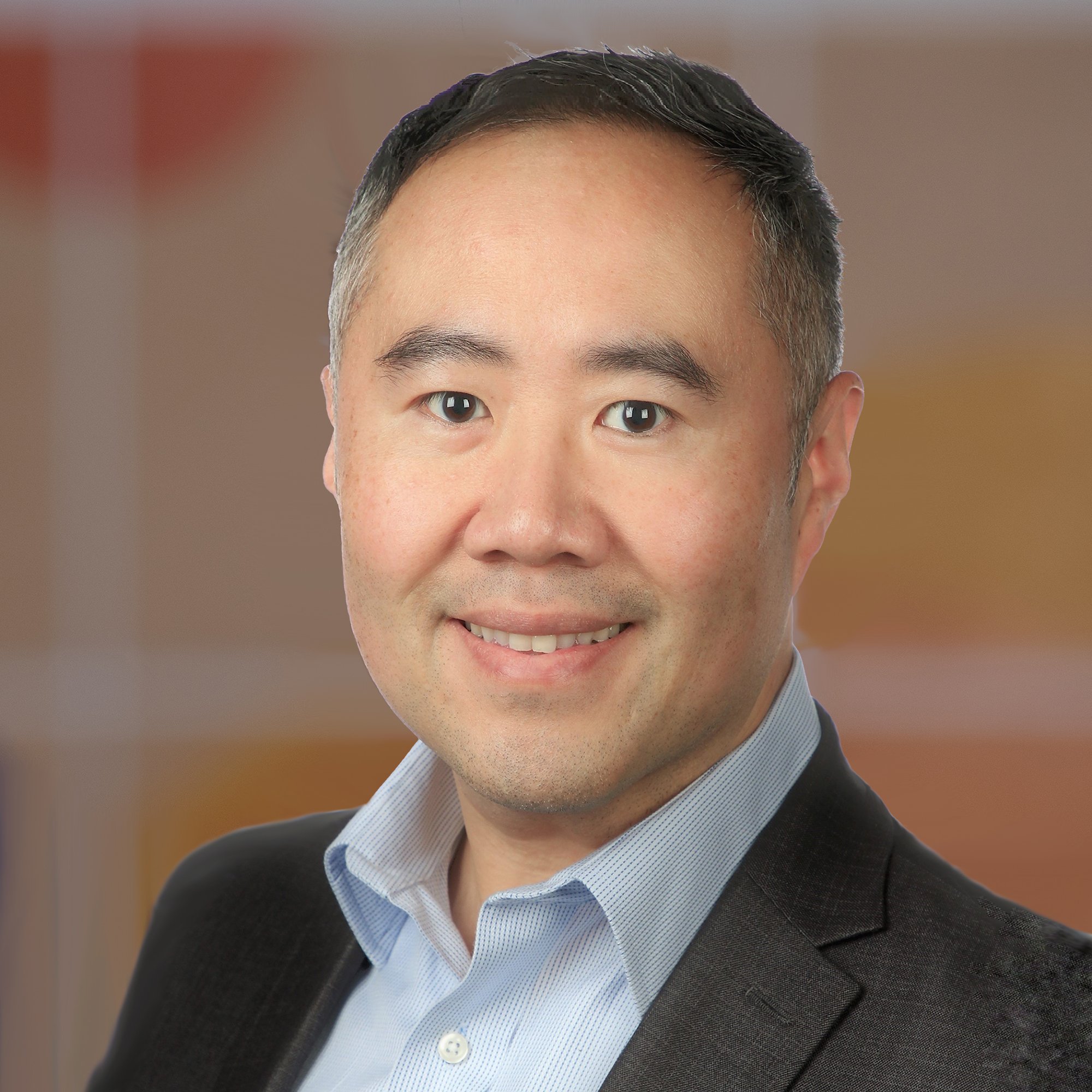 Prior to joining Oncopeptides, Jacob spent more than 15 years in the fields of oncology and specialty care. Over the course of his career, Jacob has led commercial strategy, marketing, and business analytics teams in product launches for pharmaceutical and biotechnology companies. Most recently, he served as Executive Director of Commercial Strategy at Versartis, an endocrinology start-up and Senior Director of Global Marketing at InterMune, a pulmonology and hepatology company acquired by Roche. Prior to this, Jacob helped launch Imbruvica at Pharmacyclics, acquired by AbbVie, and held various roles at Genentech/Roche, supporting drug launches in oncology and immunology. 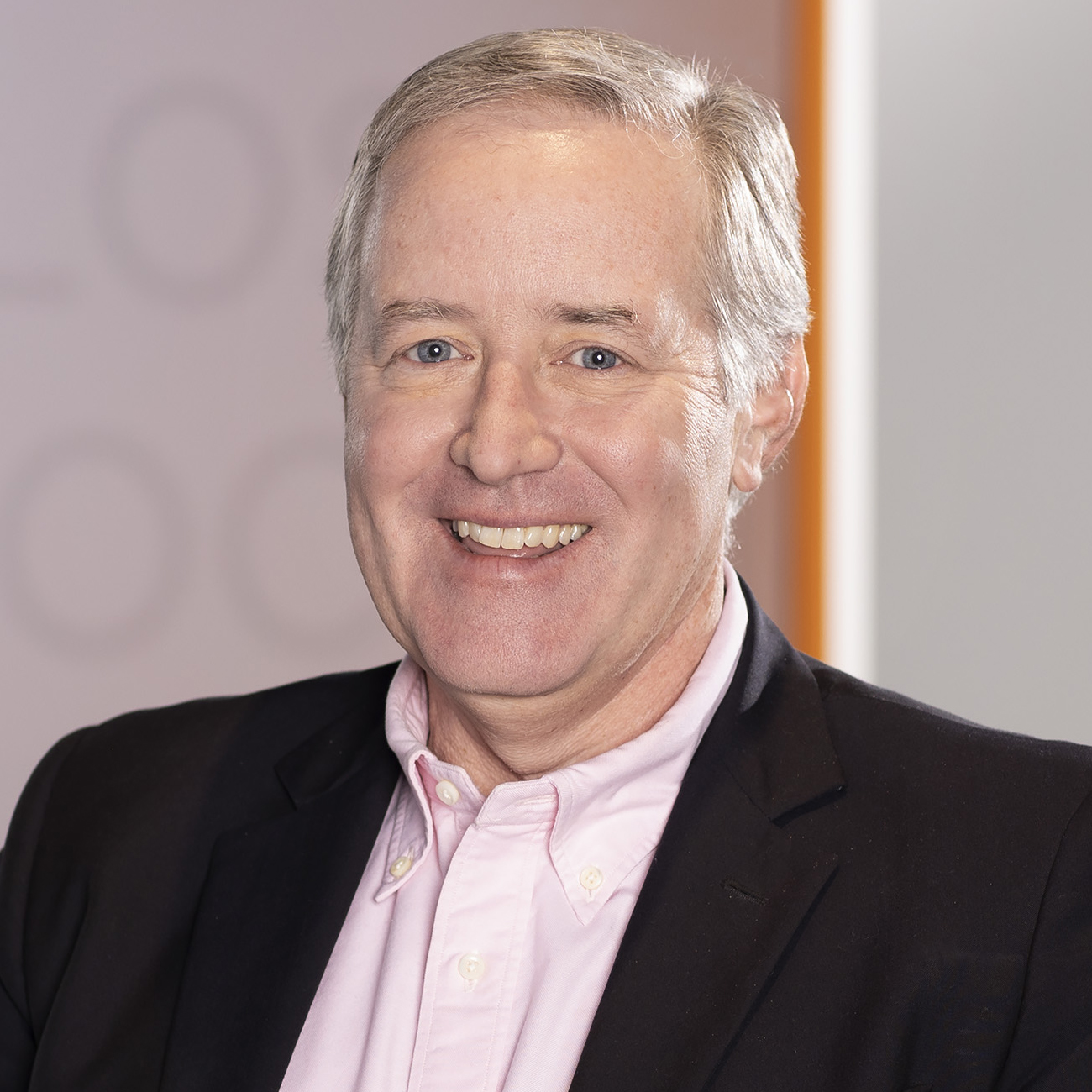 Head of U.S. Legal and Compliance

Daniel Moynihan was appointed as Head of U.S. Legal and Compliance in 2020.

Dan joined Oncopeptides with extensive legal and compliance experience at U.S. and global life sciences companies. Before joining Oncopeptides, Dan served as the Chief Compliance Officer at Akcea Therapeutics, MilliporeSigma and EMD Serono. Dan previously was division counsel at EMD Serono, supporting the company’s oncology, endocrinology and fertility franchises. Prior to EMD Serono, Dan practiced law in-house and in private practice in the U.S. and the U.K.

Dan holds a B.A. in economics from the College of the Holy Cross and a J.D. from the Columbus School of Law at the Catholic University of America. 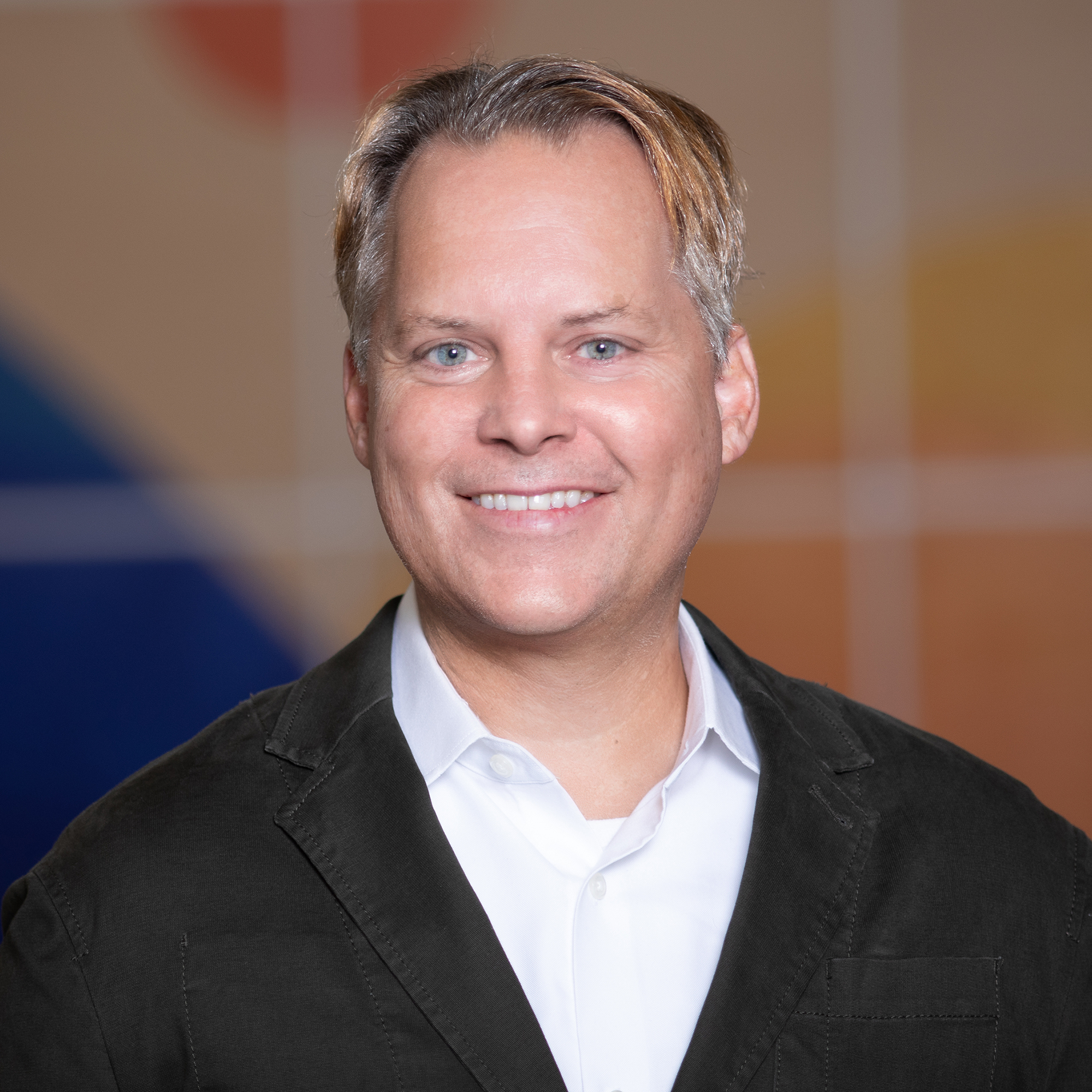 Matt was appointed Head of U.S. Market Access in April of 2020.

Matt brings more than 20 years of patient access, payer engagement, government contracting and health outcomes leadership to his role. Most recently, Matt was the Executive Director of Commercial Operations at Dynavax where he was responsible for all Market Access activities for a buy-and-bill vaccine, as well as commercialization strategy leadership for the oncology pipeline,. Previously Matt held roles of increasing responsibility at Jazz Pharmaceuticals, XOMA Inc, Medivation Inc, and Genentech Inc, with a focus on establishing the go-to-market access strategy for oncology product launches. Matt began his career in clinical development and biostatistics for virology and oncology programs at Intarcia Therapeutics and Gilead Sciences.

Matt holds a B.A. in Psychology & Pre-Medical Science from Connecticut College and a M.B.A. from the University of San Francisco. 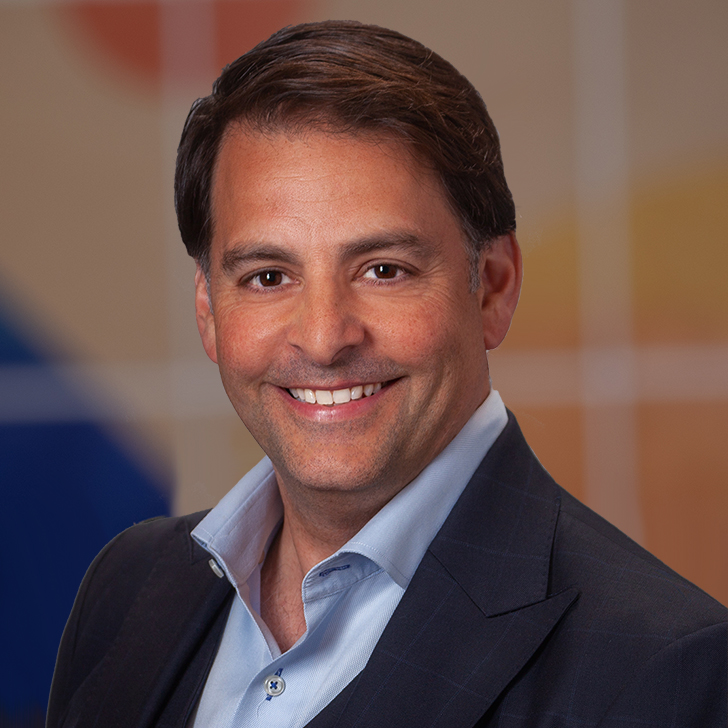 SVP and Head of US Medical Affairs

Pierre brings more than 20 years of pharmaceutical experience to his new role, including numerous leadership positions in the Multiple Myeloma space. Prior to joining Oncopeptides, Pierre was Vice President, Global Medical and Scientific Affairs at Karyopharm Therapeutics, where he led the development of global strategy for scientific communications, Medical Science Liaisons, medical information, operations and patient advocacy. Previously, Pierre served as Senior Vice President at the International Myeloma Foundation and he also led the Medical Strategy and Operations team that supported the development, approval and launch of Kyprolis for relapsed refractory multiple myeloma at Onyx Pharmaceuticals. Pierre began his career at Eli Lilly and Company, where he helped drive the successful launches of the neuroscience blockbusters Zyprexa®, Cymbalta®, and Strattera®.

Pierre holds a B.S. degrees in Molecular Physiology and Psychology, as well as a B.A. in Music, from San Jose State University. He received his M.S degree in Molecular Physiology and Biomedical Sciences from the Loma Linda University School of Medicine. Pierre completed his graduate work in the field of multiple myeloma and holds a PhD in Psychoneuroimmunology (PNI). Starting in the Summer of 2021, Pierre will begin Harvard Business School and has been accepted to the Advanced Management Program.